Marilyn and the Hologram Dilemma 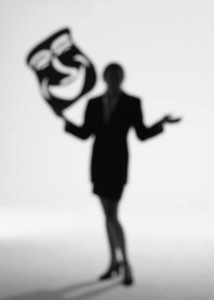 This post was written by Shannon O’Reilly, summer intern.

Following the Coachella Music and Arts Festival concert featuring the deceased rapper Tupac’s hologram (http://www.telegraph.co.uk/culture/music/9207812/Hologram-resurrects-Tupac-Shakur-at-Coachella-2012-music-festival.html), interest has been rising in “resurrecting” dead icons. One such occurrence concerning this trend involves Digicon Media and the estate of Marilyn Monroe. Digicon has obtained a copyright on what they call “Virtual Marilyn”.

However, the attorney representing Monroe’s estate, Paul Bost, has been threatening legal action. Digicon has received a cease-and-desist letter from the estate claiming that this “Virtual Marilyn” infringed upon its intellectual property. However, Digicon claims that it has copyrighted a human persona, which is unprecedented. A person’s persona is defined as being one’s public image or personality and the role that someone displays in public. A celebrity’s persona can encompass anything from an individual’s name to their image or likeness. As these aspects can have commercial value, aspects of a person’s persona can qualify for trademark protection.

As with certain emerging trends, the legal rights involved are not very clear as of yet. This case seems to be particularly complicated as Digicon claims that the statute of limitations has passed on any legal objection because the estate has been aware of the development of “Virtual Marilyn” for more than fifteen years. The development of “Virtual Marilyn” began in 1995 and Monroe’s estate sent their initial cease-and-desist letter in 1996. Following the letter, no action was taken to legally challenge Digicon.

The estate lawyer argues that the use of “Virtual Marilyn” was limited to only a few discrete uses in the mid-1990’s and discontinued the use and that Digicon is looking to begin to reuse after 15 years of non-use.  Marilyn’s estate claims that there was no evidence leading them to believe there was any further activity regarding “Virtual Marilyn”. Bost is threatening a lawsuit premised on the alleged trademark violation. The estate is concerned that the hologram will create consumer confusion and imply an endorsement or an association with the iconic beauty. However, Digicon argues that this digital persona is completely distinguishable from the real Marilyn.

This particular situation brings up a few intriguing questions which might prove to be quite essential if this trend of digital resurrections continues.  First and foremost, who truly holds the rights to Marilyn’s persona? Secondly, with Marilyn being deceased for fifty years, would consumer confusion actually be a plausible argument?

Shannon:  While I can absolutely understand the Estate’s concern with the trademark violation, I don’t believe that arguing that the public may become confused and mistake an endorsement or association with Marilyn is conceivable. As everyone well knows, Marilyn has been gone for quite some time. Therefore, how can a deceased celebrity endorse something?

Deborah’s Note:  Some may ask why this isn’t a right of publicity case?  Marilyn was deemed by a court to have lived in New York, a state that does not recognize rights of publicity for deceased celebrities.

This blog is based on the article that appeared in The Hollywood Reporter (online edition).  http://www.hollywoodreporter.com/thr-esq/marilyn-monroe-estate-hologram-legal-334817