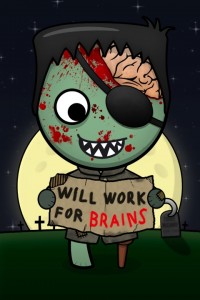 Welcome to our recap of stories relating to Zombies, Zombie Law, and other scary legalities. This recap’s stories include: October is Zombie Preparedness Month; The Girl with all the Gifts movie; FTWD episode recaps; ZRex zombie dinosaur trailer; iZombie’s new season; are TWD spoilers copyright protected?; the origin of zombies; what TWD teaches about leadership; and more.

These are some of the articles, reports, posts, etc. that caught our attention this month. We originally send them out through our twitter account @ZombieEsq, so follow us to get them as we find them. But many of them are such great resources we don’t want you to miss them, so we’ve decided to put them as a weekly recap. The links will take you to their original sources, whether Mashable, Lexology, and/or others. Enjoy and let us know some of the stories you’ve found interesting this week. Just share in the comments below. Have a great week!