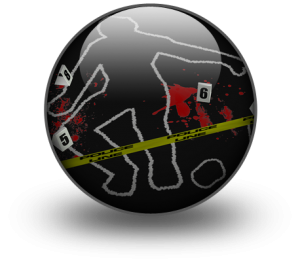 This post was researched and written by Shannon O’Reilly, Summer IP Intern.

Immediately following the Aurora, Colorado massacre, when James Holmes allegedly entered a sold-out mid-night showing of the much-anticipated The Dark Night Rises, the entire country was in disbelief and shock and felt so deeply for those affected. Shortly there after, talk of blame began to arise. The public felt violated that this could happen in a place traditionally regarded as a safe and secure arena. In the wake of the tragedy, people felt as though they needed to place responsibility in order to make sense of this horrific crime with such tremendous disregard for human life.

Prior to the 24-year-old suspect being formally charged, a number of victims and their family members had retained lawyers to prepare to file suits. Blame has been placed upon the cinema and the movie, as well as Hollywood as a whole.

There has been a history of cases placing blame on producers following movie-related shootings including Natural Born Killers, The Basketball Diaries, and Boulevard Nights. These cases have been brought on the basis of either negligence or incitement of violence. However, these were unsuccessful. In fact, Time Warner, the parent company of Warner Brothers, the studio that produced The Dark Knight Rises, has a history of involvement with these type cases involving two of the three previously listed movies as well as the video game, Doom.

However, following a case brought against a cinema in Pittsburg in which a shooting occurred at a showing of Curtis “50 cent” Jackson’s film Get Rich or Die Tryin’, the theater was found to be negligent for faulty security. Nevertheless, there are some important differences in these two theater cases. The cinema in Pittsburg had previous security issues and was located in a dangerous neighborhood. Aurora, on the other hand, is an All-American, middle-class city, which was seen as one of the safest cities in the entire country.

As for placing responsibility on Hollywood, the events have caused many people to take a step back and reexamine their beliefs on violence in media. One such example is Harvey Weinstein, an Oscar-winning producer. Weinstein has produced some well-known, violent movies such as Kill Bill and Inglorious Bastards. However, Weinstein is now asking for a summit of leading film industry notables to discuss the events of the shooting. Weinstein believes that Hollywood cannot avoid taking responsibility to some degree. However, he is also asking for tighter safety controls on gun ownership.

In conclusion, looking at the history of such lawsuits, it is unlikely that the movie theater or the production company will be found liable.  I believe that such a devastating event will cause changes whether they are forced by legal action or by acts of self-regulation. Enhanced security at movie theaters, including exit door alarms, will more than likely become more standard. As for regulation of violence in media, only time will tell as intense violence and action is a large aspect of American cinema.

This blog is based on articles that appeared in The Hollywood Reporter (online edition).