A Look at Micro-Licensing Via Fair Use & De Minimis Use 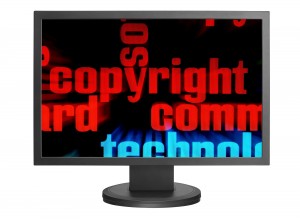 In the wake of the new media era and mass online distribution, companies specializing in so-called micro-licensing have quickly sprung up. These companies patrol the Internet for use of their members’ copyright protected material, and provide their members the ability to receive monetary compensation for use of their content or block others from using such content. While micro-licensing companies prevent widespread exploitation of copyright protected media without proper authorization or payment, the question of how these companies can co-exist with the recognized doctrines of fair use and de minimis use remains an open question which the technology and legal sectors have only just begun examining.

Rumblefish, Inc. represents an example of such a micro-licensing company in the music industry. Rumblefish, Inc partners with music distributors and publishers and provides two main services to its members. It creates a database where online content creators may legally license music Rumblefish controls and utilizes YouTube’s Content ID system to find uses of copyright protected songs present in YouTube videos.[1] When Rumblefish detects the use of one of its members’ songs on a YouTube video, it sends the video uploader a Content ID notice and gives the song’s right holders a choice to mute the song from playing in the video, block the video entirely, or (most commonly) place advertisements in front of the video which generate income for the song’s owner.[2] When the rights holder chooses to monetize videos found by Content ID, the money will go to the rights holder instead of the video’s uploader.[3]

This is where the questions of fair use and de minimis use enter the picture. Fair use occurs when a creator uses a copyright protected work in a way which transforms or comments upon the nature of the protected work in some way. The Copyright Act of 1976 provides a balancing test to help courts determine when a work constitutes fair use. Courts examine the commercial nature of the new work, the nature of the original work, how much of the original work the new work appropriated, and the effect the new work would have on the original’s marketability.[4] De minimis constitutes a minimal or unsubstantial use of copyrighted that it is not actionable. If a work constitutes a fair use or de minimis use, the user of the copyrighted material does not need authorization from the rights holder and does not have to pay for use of the work.

When Rumblefish, or a similar micro-licensing company, sends out a notice to a video creator, most recipients accept the right holder’s decision to monetize the video so as to avoid having a Digital Millennium Copyright Act (DMCA) take-down notice filed (which results in a strike to the uploader’s account) or receiving threats of legal action for copyright infringement.[5] Although the Content ID system contains a built-in appeals process where uploaders may argue fair use or de minimis use, most content creators simply chose not to appeal because, until recently, video creators did not earn any income during an appeal.[6] The potential payoff gained from the immense task of claiming fair use or de minimis use simply did not outweigh the income lost during the appeal. This resulted in an online environment that discouraged content creators from asserting their legal rights to fair use and de minimis use and paying unnecessary money when they could, potentially, utilize protected material without cost.

Responding to this issue, YouTube announced its revamped Content ID appeals system last month. Under the new appeals process, YouTube will continue collecting revenue on videos where the creator and song owner choose to run advertisements and will award the revenue to the appropriate party at the end of the appeal.[7] While this represents an acknowledgement that issues exist with fair use and de minimis use in online media, and eliminates one of the factors that keeps creators from implicating fair use or de minimis use to their advantage, many argue that YouTube should take further remedies.